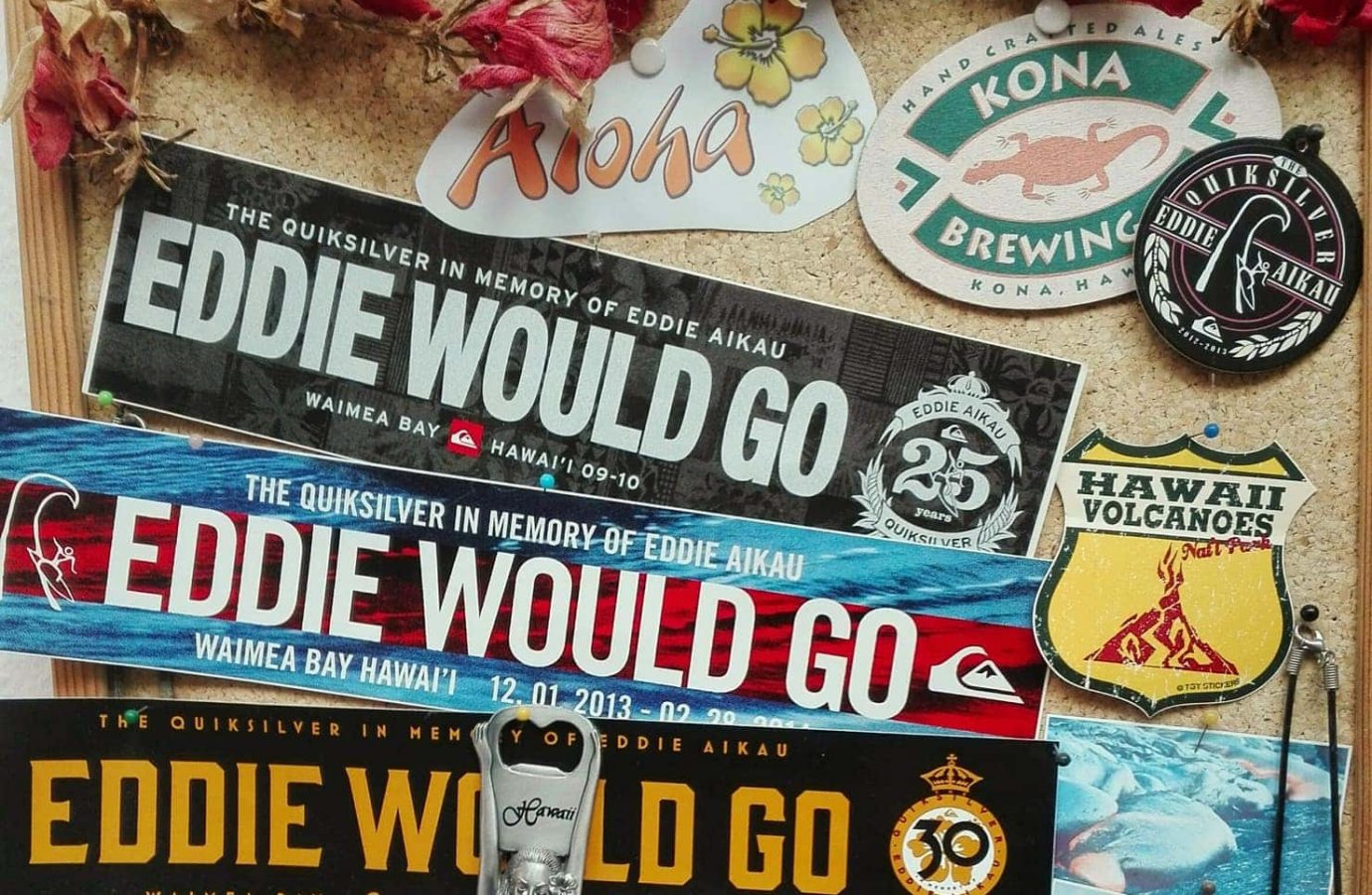 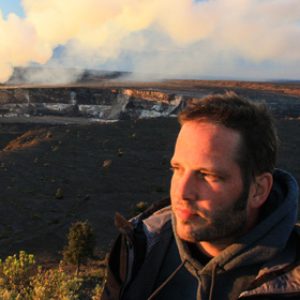 Eddie would go. To the roots of Hawaii's surfing legend Eddie Aikau

Points of interest in this article

Before we start, a quick note about this magazine article: If you would like to know more about the sights in detail (tips, contacts, photos, map), click on "Overview". You can return to the article by clicking on "Read article".
Read article
Overview

North Shore. The desire of all surfers. For all those who love golden beaches. Birthplace of Jack Johnson. Venue of many surf competitions like the "Vans Triple Crown of Surfing" or the "Eddie".

The Aloha spirit can be felt here the most.

Even if my mood is not the best, the North Shore makes me feel better every time. As the name suggests, the North Shore is located in the north of Oahu. There is no place with a greater density of surf spots. It takes nine miles to drive the Kamehameha Highway from Haleiwa to Sunset Beach, the eastern tip of the North Shore. Nine miles of the same picture: on one side the gently sloping green flanks of the Koolau Range, on the other side the beach, white as a sheet, lined with palm trees and surrounded by waves. Each of these spots has its characteristics. It is impossible for a surfer not to find the right spot here. Haleiwa, "the world's famous surf capital", with its 2,500 inhabitants is a tiny hippie village not far from the dream beaches, where waves up to 20 meters high break in winter. The surf elite meets at Haleiwa Market Place to enjoy Mexican nachos or tacos at Cholos and a mocha freeze at Caffaine. By the way, the best iced coffee you can get on the island. Even the opening hours of the surf stores show that the clock ticks differently here. During "high surf" they often remain completely closed. I have a weakness for Hawaii souvenirs and buy an "Eddie Aikau" T-shirt from Quicksilver.

Eddie Aikau was a famous lifeguard in the early 1970s and a big wave surfer at the legendary Waimea Bay. He was born in Maui on May 4, 1946, and moved with his family to Oahu as a child in 1959 because the working conditions were better for his father. As a 22-year-old lifeguard, he had already saved the lives of 500 people. He was the first one to dare the 30 feet waves No matter how much rough the ocean was, Eddie always paddled out.

In 1978, the Polynesian Voyaging Society conducted a repeated research trip along an ancient Polynesian migration route between the islands of Hawaii and Tahiti. For the 30-day, 2500 mile (4000 km) trip, the society searched for volunteers and Aikau signed on as a crew member. The research vessel Hōkūlea left the Hawaiian Islands on March 16, 1978, and the twin-hulled canoe got a leak in one of the hulls and sinked about twelve miles south of Molokai Island. Aikau tried to get help and paddled with his surfboard towards Lānai. He was never seen again. The search that followed was the largest aerial search in Hawaiian history.

After he died in the ocean in 1978 his brother Clyde organized the "Quicksilver in Memory of Eddie Aikau-Contest" where the world surf elite including Kelly Slater pays respect to the legend. However, this contest only takes place when the waves reach at least 30 feet. Just in time for the Eddie season from the beginning of December to the end of February, where you will find "Eddie would go" stickers on the cars of the locals and their own Quicksilver collections on the well-trained tanned bodies. Mine, too. However, it rather belongs to the category of the pale untrained.

"Eddie went" souvenirs, on the other hand, are only available if the contest has actually taken place.

Since the first event on Sunset Beach In 1985, Eddie Aikau's younger brother Clyde Aikau won the competition in 1987 when the "Eddie" was held in Waimea Bay for the first time. In February 2016, waves reached 30 to 50 ft (15 m). Only 28 big-wave surfers are invited to the competition for two rounds of competition.

The slogan was created during the first "Eddie Contest". The waves were high and the conditions extremely dangerous. While the organizers were discussing whether the contest should take place, surfer Mark Foo commented "Eddie would go". The phrase stayed and the "Eddie" was on.

My book "Hawaii Lights" shows you the most beautiful hikes and experiences in the fabulous nature of Hawaii....

Hawaii, dreamy islands in the Pacific - My first Hawaii Trip

BIG ISLAND 2 weeks after the wedding I am again on the islands in 2013. This time I have Yvonne with me in the luggage, my...

When "The Eddie" calls

In summer, the ocean around Hawaii is relatively calm. As already suspected, the waves are "like a pancake", as a surf store owner tells me. I drive my rental car into the parking bay of Waimea Bay and because everything is always taken up, treat myself to the handicapped parking space. The jump from the 8-meter-high lava rock into the green-blue water is a pleasure. Slowly, I started to feel guilty because of my car, since they like to tow in America. The car is still standing. But there is a ticket on the windshield. I expect 50 $ and can't believe my eyes when I pull the ticket for 260 $ out of the windshield wiper. Parking on the meadow would have cost me 35 $. You never stop learning.

On my first trip with Yvonne, we choose the end of the year 2011 and the beginning of 2012 as travel time. On the website surfnewsnetwork.com I learn daily surf conditions.

For our departure day to Big Island, 20 to 30 feet waves are predicted. I decide spontaneously to rebook the flight for a heavy fee and we set off early in the morning for the 1-hour drive from Kailua to the North Shore. The obligatory traffic ticket above the legendary Waimea Bay is of little concern to me on this day. It's hazy and the surfing elite has already been sitting out at the for a long time. Unfortunately, the conditions are not quite enough to let the "Eddie" take place. It has been cancelled in the early hours. Nevertheless, we see the biggest waves of the season. The face of the wave (front) measures about 10 meters today.

The Kamehameha Highway is already full of cars and trucks at 8:30 a.m.; professional photographers with huge lenses and an interested audience are all on the road. I won't get very far with my 300mm zoom lense. Nevertheless, I manage to get a few decent shots. Jet skis are out in the water fishing the fallen surfers out of the water after their "wipe-outs", even a helicopter circles over the bay to shoot photos for surf magazines or to shoot footage and trailers for companies like Quicksilver. Big wave surfing in Waimea Bay requires unconditional devotion. They live for that one perfect ride, sitting on their boards for countless hours, studying the swells, currents and tricks of the Pacific. They get up with the waves and go to bed with them.

This time, the contest did not take place and yet it was an unforgettable experience with many photos I would like to share with you!

Summary of all sights 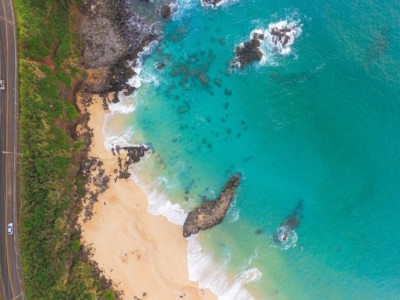 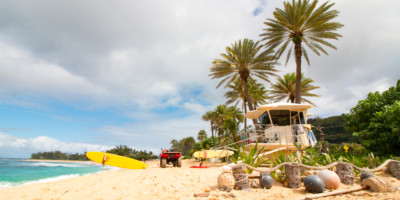 Surfing, snorkeling and lazing at Sunset Beach A breathtaking beach of Oahu, a paradise for surfers in winter and a dream beach...
Even more reading material 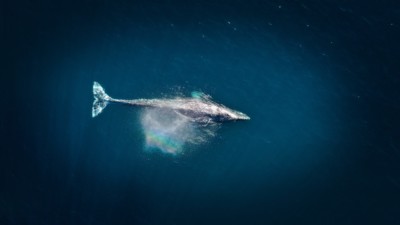 Whale and dolphin watching in Hawaii 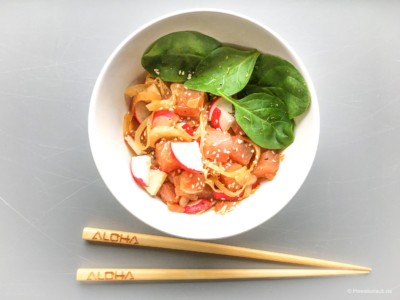 Summer is coming and therefore we would like to present you today a summery, refreshing version of the Ahi Poke Bowl. Just looking at the... 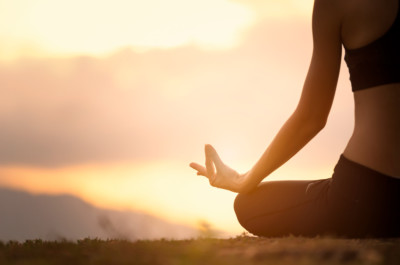 Anyone who has ever been to Hawaii knows exactly what I am talking about when I say that Hawaii has a very special energy....
PrevPrevious9 Hawaiian words and meanings that you should know
NextBig Island, a reunion - My 2nd Hawaii tripNächster
Note on advertising links
The links marked with an asterisk (*) are commission links to external offers. If you click on such a link and make a purchase through this link, we receive a commission from the provider. The price does not change.
Comments